President of Equatorial Guinea, Chairperson of the African Union

Teodoro Obiang Nguema Mbasogo (born 5 June 1942) is an Equatoguinean politician who has been President of Equatorial Guinea since 1979. He came to power after removing his uncle, Francisco Macias Nguema, in a coup and has presided over Equatorial Guinea's growing importance as a global oil producer. He was also Chairperson of the African Union from 2011 - 2012.

He was born into the Esanguii clan in Akoakam. Obiang joined the military during colonial rule and attended the General Military Academy in Zaragoza, Spain. He was promoted to lieutenant following the election of his uncle, Francisco Macias Nguema as president. During his administration, Obiang held numerous positions including Governor of Bioko and head of the National Guard. He also gained infamy as head of Black Beach Prison, where he severely tortured numerous inmates.

Following the order of Macias to murder several members of relatives he and Obiang shared, he overthrew his uncle on 3 August 1979, fearing Macias had gone insane. Macias was placed on trial and executed by firing squad. He promised a fresh start from Macias's brutal regime, granting political prisoners amnesty and ending forced labor, although he never acknowledged his roles in the previous regime.

Equatorial Guinea somewhat returned to civilian rule in 1982, following the enactment of a less authoritarian constitution. He was elected president in 1982 and 1989 in elections where he was the only candidate. Following the permission of opposition parties to form, he was elected with 98% of the vote in 1996 and 2002. International observers have criticized the elections as highly fraudulent, for example a precinct was found to have reported Obiang as receiving 103% of the vote. He was most recently re-elected in 2009, once again in an election rampant with corruption and voter fraud. Despite his regime being seen as more human than his uncle's at first, insider sources have reported it as exceedingly brutal and ignoring the larger turn to democracy throughout Africa. Most observer sources have deemed him to preside over a one party state, led by his PDGE party, with Obiang provided extreme powers including the ability to rule by decree. Despite the existence of opposition parties, the PDGE holds almost complete control of the legislature, with only one of eight deputies in the chamber being of the opposition. This allows Obiang's rule to be practically absolute. Opposition only has minimal power and voice, with all news media owned by the government.

Relations with the United States halted in 1993, after the ambassador was accused of witchcraft and forcing him to leave following a death threat. In his resignation speech, he exposed many of the government's worst torturers. The embassy was closed in 1996, with affairs being transferred to the Cameroonian embassy. Relations improved following the 9/11 attacks, which saw the US seek a stronger relations with important African nations. After a month long state visit by Obiang to the US, he moved to reopen the embassy. The improving relations are largely credited to Cassidy and Associates, a public relations firm employed by Obiang for $120,000 a month. In October 2006, however, the Senate Foreign Relations Committee raised concern about the construction of the embassy on land privately owned by Obiang, citing his human rights abuses. A new embassy chancery was opened in 2013.

Obiang was declared "the country's god" over state radio in 2003, going on to put forward the claim that he could speak to god, had absolute control over all men and things and could kill anyone without going to hell. Obiang has also cultivated a cult of personality, with speeches ending with personal well wishes to him and people wearing clothes with his face printed on them. He also has given himself many fanciful titles, primarily referring to himself as "The Boss" (El Jefe). He has been called the "worst African dictator" and has stated that he will not step down despite the term limits put forward in the 2011 constitution.

Obiang has ordered many crimes such as "unlawful killings by security forces; government-sanctioned kidnappings; systematic torture of prisoners and detainees by security forces; life-threatening conditions in prisons and detention facilities; impunity; arbitrary arrest, detention, and incommunicado detention." He is also one of the wealthiest leaders in the world, with a net worth of $600 million dollars. He took full control of the treasury in 2003 and took $300 million in payments from Exxon Mobil and Hess Corporation in 2004. Transparency International lists Equatorial Guinea on it's list of the twelve most corrupt states in the world. He is suspected of using public funds to purchase luxuries for his family, including properties in France, a collection of supercars, wine stores and numerous mansions. Investigations by the US Department of Justice are ongoing. He has also done almost nothing to meet his goals such as reducing corruption and improving quality of life for his citizens. A Forbes article suggests he may also be holding $700 million dollars in public funds in foreign US bank accounts. He has even been accused of cannibalism, with opponents claiming he has eaten parts of his enemies to gain power. 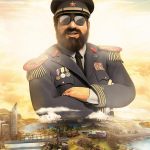 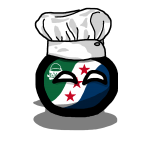